Having worked extensively in UK Schools, International Schools in Europe, Middle East and Far East Asia and I have a deep knowledge of the technological context in which international schools work and therefore have a unique insight into international schools specific context and always tailor my approach accordingly (no other Online safety supplier provides such expertise in this bespoke setting). Being a qualified and experienced trainer I always focus on the practical application of Online safety & Social Media Training that is up to date, current, relevant and specific. This allows for the exploration of the wide range of Online Behaviour and gives delegates the most current ‘Online Safety message’, not simply standard, ad-hoc ‘E Safety’ Advise.

Whilst I spend my time speaking to students, parents, teachers and child safeguarding professionals on Online Safety, specifically highlighting how children and young adults behave online, and how this can result in online exploitation, online Challenges and online validation is also an area to be aware of. Online validation invariably involves online broadcasting using social media eg You Tube, Instagram, Facebook, Periscope and Badoo (there are others). Therefore parents, carers, professionals and students should be informed in advance about the purpose and audience of any broadcast.
Challenges;

Online Challenges are not new, and more and more we see individuals creating online challenges, filming themselves completing them and then ‘challenging’ others (sometimes online contacts or friends). These challenges can be to pour salt in their hands and hold ice until it burns, dousing themselves in rubbing alcohol and set themselves on fire or biting into colourful liquid laundry detergent packets. The fact that these completed challenges are filmed and posted adds to the fact that these challenges are designed to reinforce Online Validation, and perhaps would not be as possible if they were not filmed and posted.
Remember: All these Challenges are Filmed and uploaded / posted to social media on Mobile Phones, usually You Tube, Instagram, Snapchat or Facebook. As many videos exist, this can reinforce the motivation and validation for attempting and completing the challenge.

The Blue Whale Challenge is a social media challenge that encourages children, teenagers & other users to perform specific tasks, over the course of 50 days, that are assigned to them by an anonymous “group administrator.”

Some people say that the Blue Whale Challenge might be an urban legend but many parents and educators are concerned about this social media challenge that is gaining attention online. Many of the tasks include acts of self-harm, like urging players to cut themselves in the shape of a whale. Players join the Blue Whale Challenge by posting certain hashtags or joining specific groups on social media, in the hopes of getting selected by a “group administrator”. Targeted at 10-14 year olds, players are required to send photo evidence to their “group administrator” to prove that they have completed each specific task. The challenge as a whole is meant to harm students and slowly gets them to trust the game. The Blue Whale Challenge creates new opportunities for predators to target victims on social media. Players of the challenge can’t stop playing once they’ve started; they are blackmailed and cyber bullied into completing the “game”. “Group administrators” are typically adults and older teens.

The Condom Snorting Challenge is not unlike other dangerous dares that have swept social media, teenagers have been doing it – for years now. The challenge involves uncoiling a condom and stuffing it up one side of your nose, then plugging the other nostril and inhaling until the long piece of latex slides into your throat. Then what? You reach back and pull it from your mouth.

The condom could easily get stuck in your nose or your throat, blocking your breathing or causing you to choke. The challenge is not only to do this once, but how many times can one individual complete this task, and now many in a minute, different challenges different dangers.

Tide Pod Challenge soon became real after circulating on social media – with multiple videos uploaded to YouTube of people participating in the challenge.

The uploaded videos instantly get many views and soon became viral. Most videos open by discussing the challenge, stating, “I didn’t think you could eat them but they look so tasty,” before popping the detergent pod into the individuals mouth. Biting down, the pod oozes detergent, and the ‘YouTuber’ will immediately attempt to spit it out. These videos, ‘many hundreds’, are both foolish and disgusting – in addition to dangerous – and doctors are urging people to refrain from attempting the challenge.

The Deodorant Challenge is the latest to worry parents, as kids who take part are seriously injuring themselves. The challenge is a test of endurance and involves spraying deodorant from an aerosol can directly onto a person’s bare skin.

The aim is to see who can hold it there the longest. This is a very scary trend, because basically these children are committing chemical burns. Apparently one dermatologist expert announced that the force of the aerosol itself and the temperature change on the skin can potentially cause second- and third-degree burns.

The Momo Challenge is a creepy character has recently taken over the internet called ‘Momo’, which is the new Slenderman to target children. Momo is a viral challenge which encourages kids to add a contact on WhatsApp. The character will then hound them with violent images and dares, the last one being for the child to take their own lives. It really is terrifying stuff. ‘Momo’ is the name of both the doll-like creature,

and the viral challenge she features in, which encourages kids to add a contact on WhatsApp who will then hound them with violent images and dares – the last one being for the child to commit suicide. Momo is certainly a mixture of ‘Blue Whale Challenge & Slenderman, in the way it is a ‘creepy’ character that sets challenges that can end with self harm or suicide.

Cyber Banging is the creation of videos on Facebook, YouTube and Twitter by rival gang members, using it to endorse ‘gangs’ and where they come from and to threaten each other. The practice is called “cyber banging,” and it’s often led to fights and even death. Media and social media outlets nationally and internationally have reported this new phenomenon of

gang affiliates using social media sites such as Twitter, Facebook and YouTube to trade insults or make violence threats that lead to violence, victimisation, physical assaults, challenges and even murder. The majority of the videos are filmed by gang members who have infiltrated a rivals ‘territory’ recorded themselves challenging and disrespecting the local gang, resulting in physical violence.
………………………………….
Whilst all these challenges are physical not technological without the use of technology (mobile phones / tablets etc), the message or challenge could not be spread, consequently the online validation sought, the online badge of honour received, and the online motivation and justification for behaving this way would not be warranted or ‘go viral’. These challenges all prey on the vulnerable, and whilst it can, and will be argued that some are ‘Fake’, it must be remembered that all can be found via search engine enquiries or searches within social media sites (Facebook, Instagram, Whats App, YouTube etc). Therefore all should be regarded as real and dangerous.
………………………………….
Jonathan Taylor MSc
Online Safety & Social Media Consultant
besafeonline@ymail.com 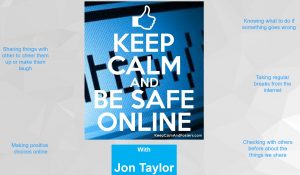 By clicking Agree, or by clicking any content on our sites, you agree to the use of these cookies. Find out more.